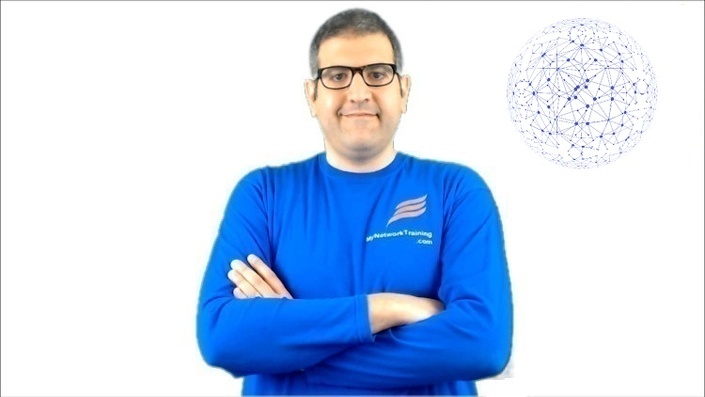 MPLS on MikroTik with LABS

Get a better performance in your ISP using MPLS protocol and understand all its feature such as VRF VPN, VPLS & TE

The coupon code you entered is expired or invalid, but the course is still available!

Requirements
Description
MPLS is a protocol that runs inside the ISP networks. Deploying MPLS is always a challenge because of its complexity. However, MPLS has a much better performance than any other routing protocol because it works on Labels for the routing decision and it works on layer 2.5 instead of layer 3 as other routing protocols such as RIP, OSPF and BGP.
Using MPLS, the ISP will be able to have a lot of benefits from feature that it provides such as Layer 3 VPN using VRF, Layer 2 VPN using VPLS, Traffic Engineering Tunnels and much more.

In this course, I will go through MPLS from scratch, so I am going to explain to you what MPLS is exactly and how it works, then i am going to start doing labs to cover all topics possibles in MPLS.

Topics that I am going to cover in this course are:

All the course will be based on hands-on LABS, so by end of the course you will have a big understanding of how to deploy MPLS in your ISP using MikroTik Routers.

To be able to follow this course, you can use GNS3 because in some LABS we require to have up to 7 MikroTik Routers. Of course if you have those routers than you can deploy them and work on physical routers to to the LABS.

Finally, If you have to master MPLS on MikroTik and understand how it works, I highly advise you to register in my course and get all the information that i am going to share with you.

Who this course is for: 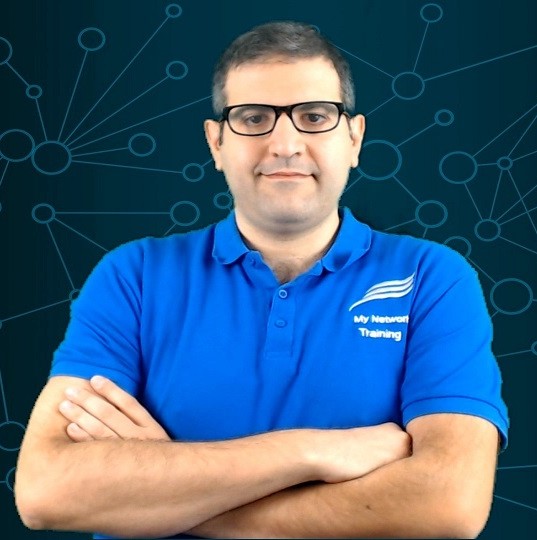 Hello everyone. My name is Maher Haddad and I am a Certified MikroTik Trainer, Cisco Authorized Instructor and LigoWave Authorized Trainer.

I have decided to make this online school to share my knowledge to the community. All my courses are based on theory and hands-on LABS so you can practise while learning.

More than 100K happy students have joined mynetworktraining.com up to year 2022.

I hope you will enjoy watching my courses.

When does the course start and finish?
The course starts now and never ends! It is a completely self-paced online course - you decide when you start and when you finish.
How long do I have access to the course?
How does lifetime access sound? After enrolling, you have unlimited access to this course for as long as you like - across any and all devices you own.
What if I am unhappy with the course?
We would never want you to be unhappy! If you are unsatisfied with your purchase, contact us in the first 30 days and we will give you a full refund.
off original price!

The coupon code you entered is expired or invalid, but the course is still available!

Watch this video to learn about the course topics

What this course will be about?